RINGO RELEASES EP, ZOOM IN, IS OUT NOW DIGITALLY, ON VINYL AND CASSETTE WORLDWIDE

March 19, 2021 -- Today Ringo releases his EP titled,Zoom In, which features 5 songs all of which were recorded at Starr's home studio between April-October 2020. Starr collaborated with songwriters and producers, and an ever-widening group of musicians playing on the songs, some socially distanced and joining him safely in his studio, always exercising an abundance of caution, and others working on their parts remotely. As often happens in the recording process, the circle of friends grew to include friends of friends and created something that has a unique chemistry.

"Zoom In Zoom Out" is out now: Ringo.lnk.to/ZoomInFp

"It just unfolds," Ringo said of the recording process, "when I start making a record here in LA at home - somebody knocks on the door, or I reach out and ask someone if they want you to come play, it's like magic really how it all comes together."

Dave Grohl, Ben Harper and Jenny Lewis also joined Starr in the home studio, and all contributed to the first single, Here's To The Nights. As Ringo recalled, "Diane sent me this song - she sent two actually - and I loved the sentiment of it. She sent it in a chord I like to call F demented, it was very high, so Benmont Tench transposed it into a key human beings can actually sing - that's how we started with that song. We wanted to add a lot of voices singing on the chorus and so she asked her friends and I asked mine, and not only did we get a lot of people singing on the record, we had a lot of fun, which is how I think it should be, and I got to know a few new friends."

The title track, "Zoom In, Zoom Out," was penned by Jeff Silbar and features Robbie Krieger on guitar. Ringo recalls, "Zoom In is all we do, if we do anything, these days during the pandemic. So I wanted to call this 'Zoom In,' which I think is great for this day and age. For this record, I wanted to get people I hadn't worked with before, so for this track we invited Robby Krieger. I love living in LA because so many fine musicians live here and you can do collaborations like this. And we are all making the same plans - I'll see you after the pandemic!"

Sam Hollander wrote and produced "Teach Me To Tango," sending Ringo a nearly completed track onto which he added vocals and, of course, drums, "I called Sam Hollander because I had so much fun with him on the last CD I made. He sent me two songs and I chose this one. I told him he could produce it and put it together. What was great was when I was doing my vocals (Sam lives in New York so I did my part in my home studio here in LA), was there was one part of it and I felt there has got to be a drum fill there! So the credits now read 'Ringo vocals and 1 drum fill'" Ringo said with a laugh.

Ringo co-wrote "Waiting For The Tide to Turn" with his engineer Bruce Sugar, adding Tony Chen and his extensive reggae roots; "This was something my engineer Bruce Sugar started, but it didn't have a lot of words, so we wrote it together. I did my version of reggae and what was great was we had Tony Chen, who played with Bob Marley and lives here in LA, come over and play on it. He said, 'hey Mon, that you on drums mon?' and I said yes, and he said 'great drums mon, very reggae!' and my heart swelled! It was so great coming from him."

With 4 tracks completed, Ringo thought the EP was done. That is until Steve Lukather came over, with his friend and musician Joseph Williams, as Ringo tells the story: "We had 4 tracks - and then Lukather came over and brought this semi produced track, 'Not Enough Love In the World'. The sentiment of it - not enough peace in the world, not enough love - I could not not do it - I had to do this track. So I put the vocals on, the drums on, Steve played a bit more guitar, Joe added some harmonies, and it all came together. It was the quickest track we did on the record."

In addition to making new music during the pandemic, Ringo also completed and released a new limited-edition retrospective hardcover book titled "RINGO ROCKS: 30 YEARS OF THE ALL STARRS 1989-2019," published by Juliens Auctions, the world breaking auction house to the stars. The commemorative photo memoir features some never-before-seen photos of the All Starr Band's 30 record-setting years in the spotlight and life on the road, compiled by Henry Diltz and Jill Jarrett (who have followed Ringo Starr's All Starr career since 1989), as well as exclusive images from many other photographers and members of the touring crew. Accompanying the photos are Starr's candid stories, looking back on his legacy as the leader of one of the longest running live touring bands in the world - and all that goes into managing a band of music legends - and looking ahead to the All Starrs' future making music together in a post pandemic world. The book kicks off with a forward by Starr's dear friend and brother-in-law, Joe Walsh, the renowned American musician, member of James Gang, the Eagles, and the Ringo Starr & His All Starr Band. While the first print run of books have sold out, signature editions signed by Ringo are still available online exclusively atjuliensauctions.com. Proceeds will benefit The Lotus Foundation.

Ringo also revealed news about his next All Starr tour - Almost a year ago today Ringo Starr announced that he would have to postpone his Ringo and His All Starr Band tour which featured Steve Lukather, Colin Hay, Gregg Rolie, Warren Ham, Gregg Bissonette, and Hamish Stuart. In these unprecedented times we have all become accustomed to our plans changing, and today Ringo confirmed that he is again rescheduling his upcoming All Starr Band tour dates out of an abundance of caution for the well being of fans, crew and staff due to the Covid 19 crisis.

"They'll be no touring this year, " as Ringo told fans in his latest video update. "At the end of last year when we moved the tour to 2021 who would have thought this would be still going on. While I've had my vaccine, big gatherings are not yet safe and too many people will still be at risk. So we will be moving the tour once again - this time to 2022. I miss playing live music and I miss our peace and loving audiences so much. I can't wait to get back out there, but it doesn't make sense to go until it is safe for everyone and we can relax and really enjoy being together."

The revised tour dates include two shows with The Avett Brothers. More dates and information will be posted as soon as it is confirmed - please check Ringo's website or your local venues for updates.

Here are the rescheduled Ringo Starr and his All Starr Band

*With The Avett Brothers

*With The Avett Brothers 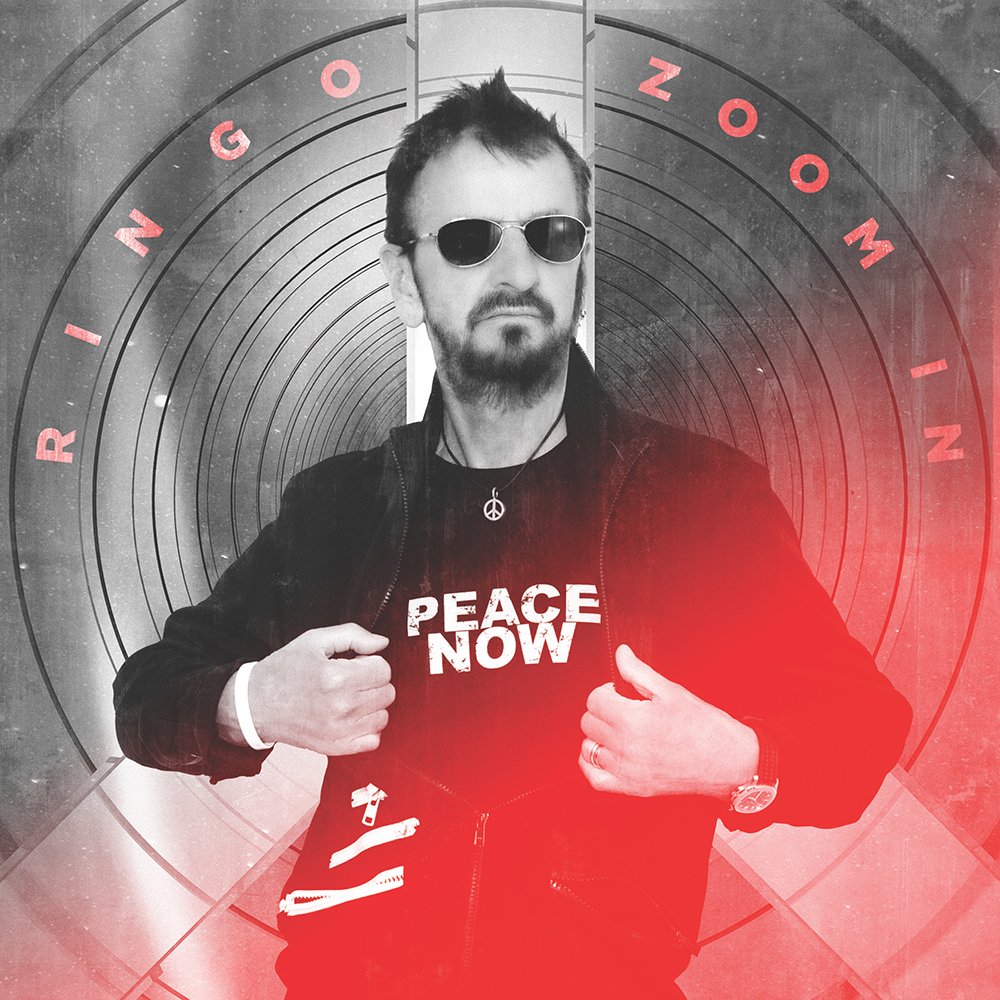 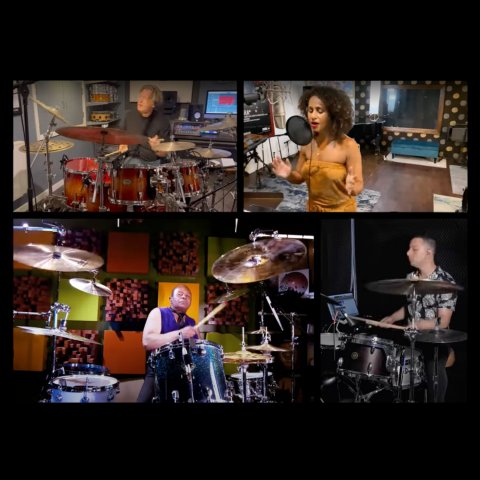 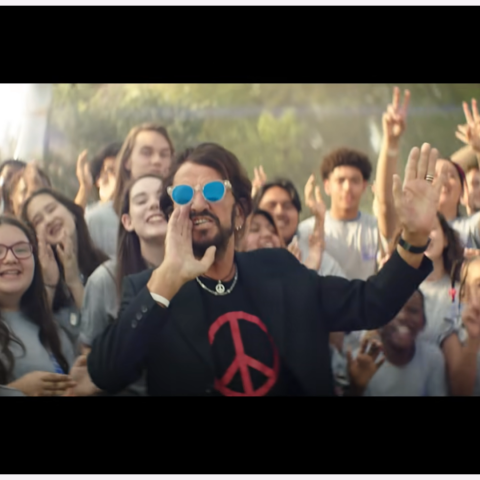