"Sgt Pepper did its thing, it was the album of the decade - of the century maybe. It was very innovative. Great songs, glad I was on it. But the White Album... We ended up being more of a band again and that's what I always love, I love being in a band."

"I wasn't interested in following up Sgt Pepper and I don't know whether the others were or not, but I know that what I was going for was to forget about Sgt Pepper. You know that was Sgt Pepper and that's alright, fine, it's over... and just get back to basic music."

"Originally George was the supreme producer but as things loosened up George gave us a bit of the control of the tools."

"All the experiences that happened in India was all embodied in that album. Most of those songs were written in Rishikesh like Julia and Blackbird and Dear Prudence."

"For the first time I had to split myself three ways because we were recording at any one time in different studios, so you might have, you know, John in one studio and Paul in another and George and Ringo sort of going between."

The Beatles or "The White album" as it became better known was released on 22nd November, 1968 on the fifth anniversary of their second album, With The Beatles. A total of 34 new tracks were released in 1968 and 30 were contained on this one double-LP.

Following the recording of their single "Lady Madonna" in February, the Beatles flew to Rishikesh, India for several weeks of meditation with Maharishi Mahesh Yogi during which they enjoyed a prolific period of song writing. Recording began at Abbey Road on 30th May and studio work occupied most of their time until the final session in mid October. 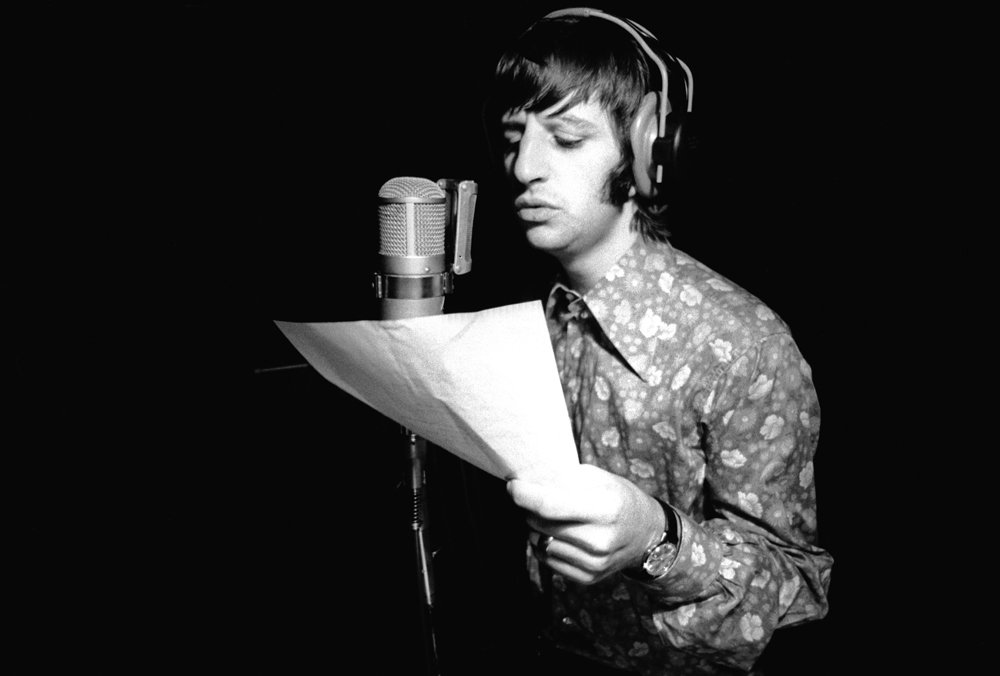 The colourful artwork that had adorned Sgt. Pepper's Lonely Hearts Club Band and Magical Mystery Tour albums was absent here. The double wallet merely had words The BEATLES embossed on the front cover. Early copies also had a individual number stamped on the front. Inside the package along with the two discs wrapped in black inner sleeves were four individual photographs of the guys and a folded poster containing a photo-collage with the lyrics to the songs on the reverse.

The Beatles was the group's first album to appear on the Apple label. The change from Parlophone to Apple had first taken place with the release of the "Hey Jude" single in August, 1968.

Despite the fact that it was a double album it entered the UK chart at no. 1 and occupied that position for eight of the 22 weeks it spent in the chart. The US situation was even more impressive with a nine week stay in the top spot during an initial chart run of 65 weeks.